Thank you to Terry Nau and everyone who attended! 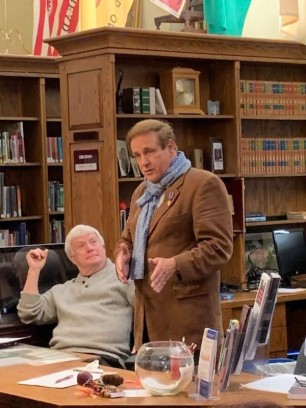 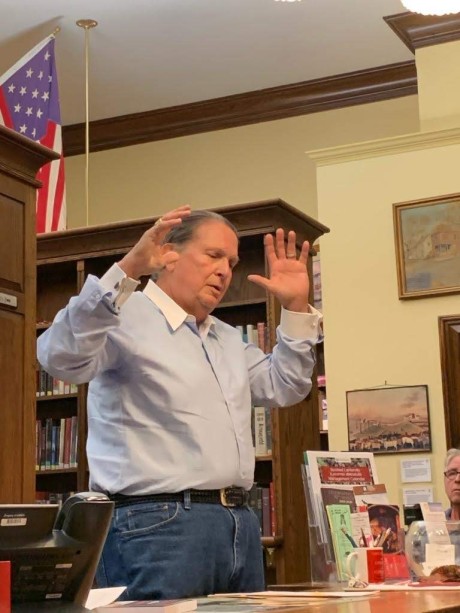 Who: Terry Nau
What: “Voices of the Vietnam War” Book Signing

The Newtown Library Company will host a book signing at for “Voices of the Vietnam War,” a new book on the Vietnam War that reveals its impact on Lower Bucks County citizens just over 50 years ago.

Terry Nau will speak briefly and make available copies of his paperback, “Voices of the Vietnam War,” his fifth book on the subject. Nau grew up in Fairless Hills and graduated from Pennsbury High in 1965. Drafted a year later, he served in the war as an artillery soldier. In 2015, he wrote a book about 15 former Pennsbury students who died in the Vietnam War.

“Voices of the Vietnam War” is an oral history told by the soldiers who fought, and others who were impacted by the fighting halfway around the world, most especially the parents, wives and siblings who waited at home.

Decorated combat officer David Christian is the strongest voice in the book, describing his unit’s war experiences and then detailing the loss of his brother Doug to Agent Orange-linked cancer many years after the war had ended.

Christian graduated from Woodrow Wilson High in 1966 and became an officer less than one year later, before he turned 19. He was the youngest combat officer to serve in the war and was awarded the Distinguished Service Cross, two Silver Stars, and seven Purple Hearts.

Two chapters in the book are written by people who protested against the war.

“Voices of the Vietnam War” will be published on October 1 by Stillwater Books.